Brings out the natural flavours in ingredients

Helps others avoid disease and disability

Angus developed a serious neuro-muscular disease in his early twenties after a severe influenza infection. After two years as an invalid he was diagnosed with Myasthenia gravis, underwent a thymectomy, and was put on medication for life.

Ignoring conventional medical wisdom of the day, Angus commenced a rehabilitation program that consisted of a heavy lifting utilising basic lifts, performed as often as possible. He then discovered the writings of Louie Simmons and implemented a primitive conjugate program based on Louie’s writings. During this period, Angus went from not being able to lift his arms over his head to realizing a 2 x bodyweight bench, a 3.2 x bodyweight deadlift, and when the stars aligned, a dubious 2.2 x bodyweight squat.

During this time Angus completed his post-graduate studies in a world-class cell biology research lab and was awarded his Ph.D. in 2004.

He went on to do post-doctoral research in immunology at The Washington School of Medicine in St Louis, returning to Australia to establish an independent research group studying adult brain cancer.

Angus’ research has been supported in nationally competitive funding schemes and his work is highly cited within high-profile scientific journals. Angus’ specialty is answering big questions on a small budget, with his success founded upon working creatively within compact, multi-disciplinary teams. Angus has left academia for the private sector, where he and Dave co-founded a biotech start-up committed to bringing to market new therapies that extend the adult healthspan. I have a French background, this influences my cooking style a lot. People think French food is complicated, but it really isn’t.

Most of the food I cook is super-simple and focuses on bringing out the natural flavours of the ingredients.

When you look at it, cooking is really all about concentrating the flavours of the ingredient by using different dehydrating techniques. I do love cheese and creamy sauces, but those are ‘sometimes’ foods!

We keep away from take-out and processed foods. I can whip up a delicious and nutritious meal in 20mins! It takes longer to get take-out delivered and home-cooked always tastes better!

We’ve also found that, as we get older, processed food is getting hard to deal with and out digestive systems don’t respond well to it…

I hope you enjoy my recipes…and don’t stress! They’re all just suggestions! Add what you want, and experiment to discover your own unique style. I’m just showing you one way to enjoy cooking by making it easy, fun and vibrant. 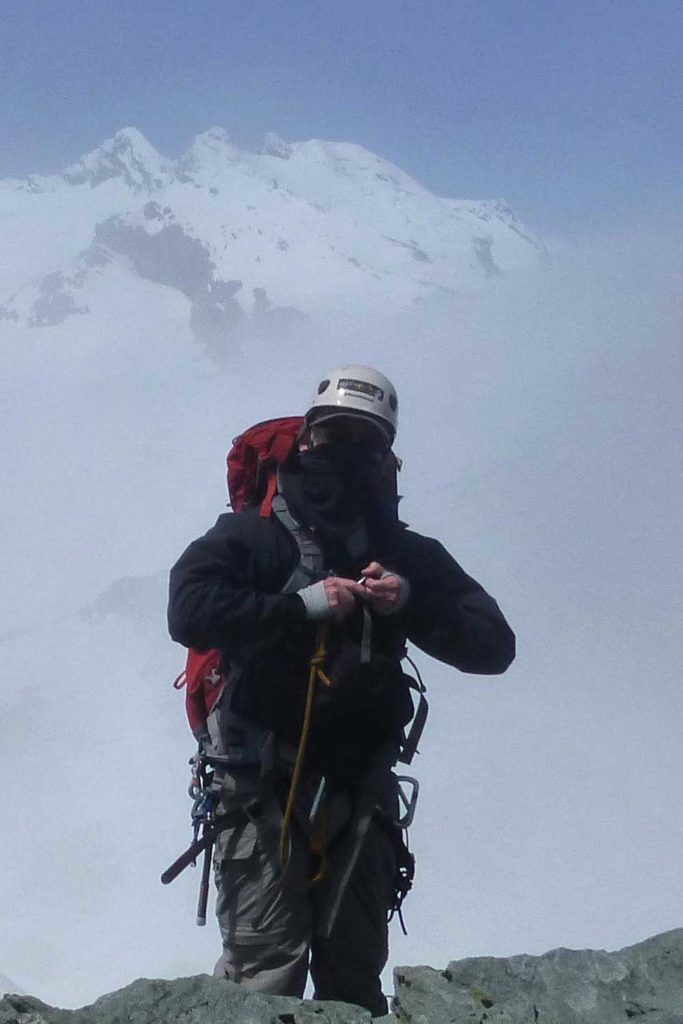 Dave considers himself lucky to be alive after an adolescence punctuated by several aggressive melanomas, treatment for non-Hodgkin’s lymphoma, and a six-month battle with glandular fever.

The echoes of these teenage years influence Dave’s drive to live purposefully by helping others avoid disease and disability and maintain high physical and mental function throughout their lives.

Dave has a highly successful background in the government, corporate, entrepreneurial, and not for profit sectors.  He received the QUT Dean’s Award for Excellence after completing his Executive MBA in 2018 and was the recipient of the 2016 Colin Brain Governance Prize for Business Ethics.  He is also an enthusiastic volunteer that supports a range of animal welfare associations.

All that aside, Dave is best known as a quiet guy with an unembarrassed love of the mountains, a passion for protecting animals, and as being a great support crew for his wife during her marathon running.